No, depression is not a “choice.” 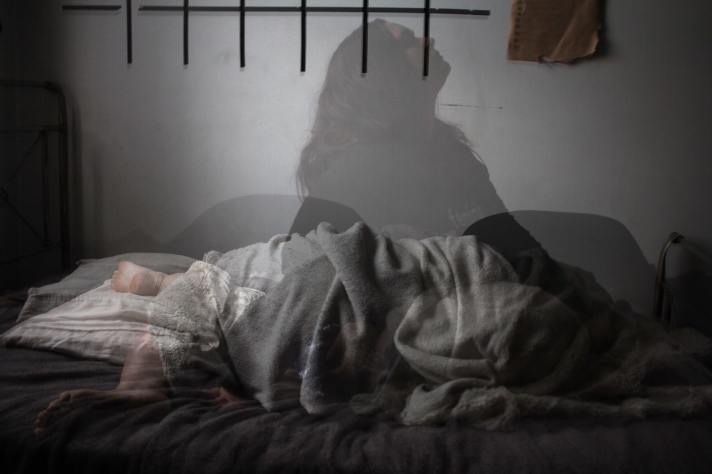 Lots of people have lots of perspectives on depression— what causes it, what it is, what to do about it.

In fact, you’ll find people with VERY FIRM opinions on what depression is and isn’t.

I’ve heard people say that depression is a “choice.”

I’ve heard people say that depression is nothing more than a chemical imbalance in the brain.

I’ve heard people say that depression is invariably the result of trauma or early attachment problems.

And I’ve heard people reduce depression to a distorted patterns of thinking and interpreting the world.

I think there’s validity to many of those perspectives— that many of them do add to our understanding of what does, or can, cause and reinforce depression.

The one I have a problem with is the idea that depression is a “choice.”

I don’t think anyone wakes up in the morning and “chooses” to be depressed.

Some people assume that some depressed people exaggerate or fixate on their depression for “attention.”

Believe me when I say: virtually nobody wants the kind of “attention” you get from being depressed.

When you’re depressed, and when other people know about it, they usually DON’T flood you with sympathy or support.

Do you know what happens most of the time when you let on that you’re depressed?

People give you advice.

They mean well. Many of them really want to help. They assume that, since you told them you’re depressed,  you’re implicitly asking for their help to get out of it.

The thing is, when we’re depressed, we’re often not in a position to take advantage of even the best advice.

Among the most common symptoms of depression are lack of motivation and lack of energy and focus.

Thus, when you’re depressed and people give you advice, it’s like telling a person who is already exhausted and dehydrated to go run laps.

Then, when you don’t TAKE the advice— because you’re unmotivated, exhausted, and unfocused— it gets assumed that you must not really WANT to be anything other than depressed.

If we’re really going to change how we feel on a consistent basis, we need to get real about depression.

We need to stop beating ourselves up for being depressed.

It’s not “weak.” Some of the strongest people in history have histories of depression.

It’s not “stupid.” Very brilliant people have been depressed (in fact, some research suggests that especially intelligent people are actually MORE vulnerable to depression).

And it’s not “attention seeking.” I’ve never met anyone who I’ve actually suspected was using depression as a strategy for getting attention. Most people I’ve known who are depressed— and I’ve known an awful lot, given my line of work– would strongly prefer to be left alone.

When you’re depressed, I want you to be gentle with yourself.

I want you to quit playing tug of war with the voice in your head that says you “shouldn’t” be depressed.

Once we accept what IS…then we can start working to change it. Step by step, bit by bit.