Making mistakes doesn’t make us “bad people. But we do have to own up to them. 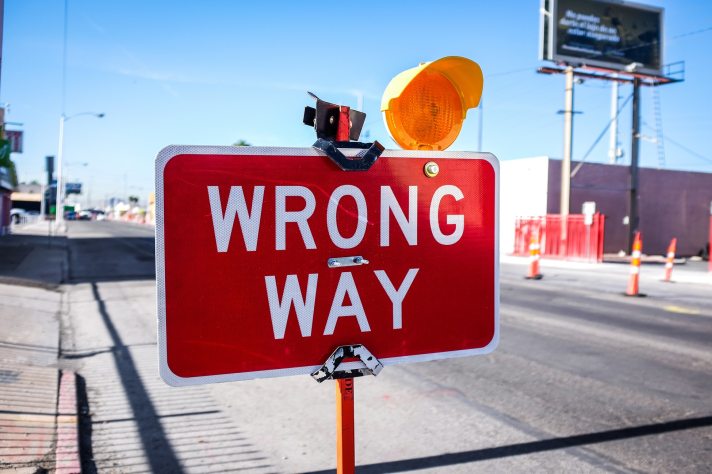 Owning up to our own less-than-ideal behavior does not have to mean condemning ourselves as terrible, incompetent or evil.

If we are to build healthy, realistic self-esteem, it is VITAL that we learn to make this distinction.

There are absolutely times when people whose hearts are in the right place do things that have negative, destructive consequences.

Just like there are absolutely times when people most of us would consider “bad” have behaved in ways that, for whatever reason, happened to be exactly what the situation called for at the time— that is, when “bad” people have done “good” things.

In our culture, we have this problem: we think we are our behavior, all the time, every time.

We fall into the trap of thinking that a person’s outward behavior is a concise, accurate summation of who that person is— how “good” or “bad” they are, how competent or incompetent they are.

It’s just not that simple.

Behavior is what psychologists call “overdetermined”— that is, there are a lot of factors that go into why we say what we say and do what we do.

We very much need to keep this in mind…especially when it comes to evaluating ourselves and our own behavior.

Because there absolutely are times when we’ve dropped the ball. All of us.

There absolutely are times when we’ve said the wrong thing at the wrong time. That’s happened to literally everybody.

There absolutely are times when our behavior, no matter how well-intentioned, had negative consequences. It’s happened to everyone at some point in our lifetimes, and it will likely happen again.

If we go around judging ourselves— our worth, our efficacy, our basic competence, our basic morality— based on those moments in our lives when we’ve said or done the objectively wrong thing, we’re going to form an impression of ourselves that is not only unnecessarily negative…it’s probably highly distorted.

“Good” people, in my book, own their behavior— even when its consequences have been negative.

If we hang on to that rigid mindset of good and bad…then what incentive does anybody have to own up to their own less-than-ideal behavior?

They won’t do it.

They’ll try to duck and dodge, deny and disown.

They’ll try to hide their mistakes rather than living up to them and fixing them.

We can’t create a world where the standard reaction to “bad” or ineffective behavior is to run away from it.

But if we’re going to create a world where people feel safe and able to live up to their behavior, we need to embrace this idea that “good,” effective people can sometimes do “bad,” ineffective things.

We ned to take the “sting” and stigma away from making mistakes.

We need to acknowledge that people can change…if we give them the opportunity to.

Want more of the Doc? Join the Use Your Damn Skills Patreon page for just $10 a month.