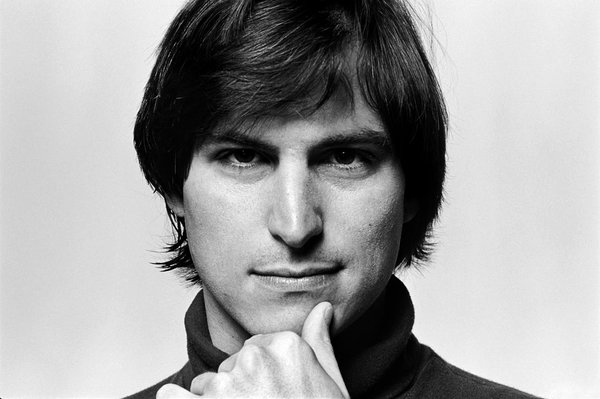 “Compromise” is not a dirty word.

I know, I know. You’ve seen internet memes that say otherwise. In fact, I just saw one attributed to one of my favorite pop culture personalties, the late Steve Jobs. “Don’t compromise,” the internet picture quote direly warned.

It’s a curious instruction, “don’t compromise.” Largely because not to compromise is to shut yourself off from a great deal of progress.

Don’t get me wrong, I get the gist of the meme. What I understand it to be saying is that too often we under-prioritize our true values and over-prioritize the values of others. We let others pressure and bully us into doing things we don’t want to do or accepting standards that are not ours. I understand the “don’t compromise” quote to be a statement affirming your right to hold and fight for your own vision and standards. Fair enough.

If we want to be fit, we’re going to need to compromise on our taste buds’ insistence that everything we eat tastes amazing.

For that matter, if we want to be fit, we’re going to need to compromise on our bodies’ desire to sleep in instead of hitting the gym.

If we want to be balanced and emotionally healthy, we’re going to need to compromise on the conditioned desire many of us have to beat ourselves up.

If we’re going to succeed professionally, often we need to compromise on our preference to not work long hours or tolerate the absence of immediate recognition and gratification.

Compromise is not the enemy.

Compromise is a tool. And like any tool, it needs to be employed intelligently, mindfully, and in the service of your goals and values.

The truth is, we often have to compromise just as a fact of daily life.

The reason for this isn’t any conspiracy against you, personally. It’s actually quite mundane. We live in a world of billions of people. Not everybody in that world can get exactly what they want, exactly when they want it— so we have to compromise with each other.

Can you imagine a world in which everybody was committed to never compromising with anyone else? If everyone refused to meet anybody else halfway?

In such a world, the only method of achieving anything would e coercion. Force would be the only way to get anything done.

If I, as a therapist, took a “I don’t compromise” attitude into my work, I would never have to work to meet a patient where they happened to be at that moment. And as any successful therapist can tell you, a great deal of our work is in meeting the patient where they are just them— verbally, emotionally, motivationally.

If teachers took a “don’t compromise” attitude into their work, they would be impervious to feedback from parents and students— and to the growth and innovation that adjusting to that feedback requires.

Even Steve Jobs, to whom the “don’t compromise” quote in the meme, was attributed (slightly out of context, I assume— having read an awful lot about Steve Jobs, I somehow doubt he’d utter something as ridiculously black and white as that), compromised quite a bit in his business career. He had Apple working on the iPad before the iPhone, but they couldn’t get the user interface quite right, so he went ahead with the iPhone first— and Apple proceeded to revolutionize the way we interact with technology. Even the software centerpiece of Apple computers, the OSX operating system, was a compromise: it was designed for hardware his team at the neXt company had designed, but which turned out to be unaffordable in the marketplace. So Jobs scrapped the pricey hardware, kept the software, and it went on to become the operating system on which the best computers in the world run.

Compromise is not a weakness…if it is done intelligently, mindfully, and in the service of one’s goals and values.

Do not fall into black and white thinking about this issue.

(If you’ve been reading this blog for any length of time, you know I’m not a fan of thinking in black and white about any issues.)

The trick, as always, is to keep your eyes open and your focus on your goals and values.

There are lots and lots of quotes that sound good— like “don’t compromise”— but which turn out to be terrible ideas if they’re adhered to blindly and inflexibly.

Choose your tools wisely— and use the right tool for the right job.

Don’t compromise about being flexible and mindful, in other words.