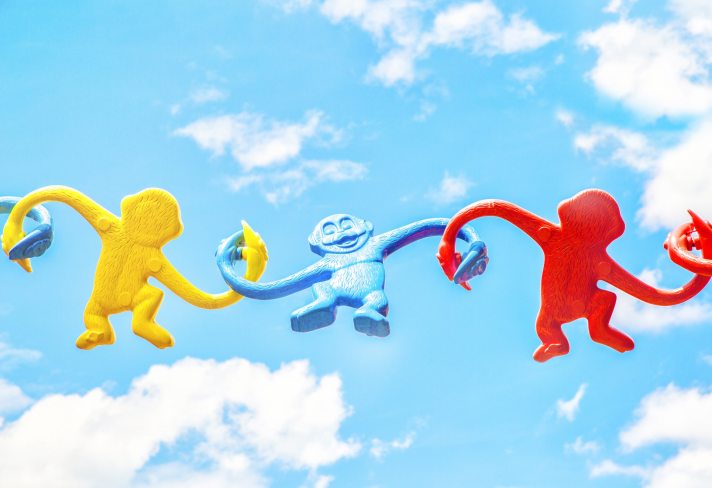 I will never understand therapists, life coaches, or other personal development guides who get locked into one modality, one small collection of techniques, and then try to convince everyone that THEIR program is the ONLY program that works.

You see this very often in the personal development field. Prospective gurus, guides, and mentors getting on social media, and claiming that THEY have figured out exactly what works for YOU…even if they haven’t met you.

What’s even more hilarious— or disturbing, depending on your point of view— is the fact that these myopic “experts” often seek to sell their programs by mocking and belittling the programs offered by their competitors. They often do this by claiming that their program is the program backed by “science.”

(One such “expert” with whom I am acquainted loves to use words like “science” and “psychology” to sell his ideas…but then he turns around and mocks the value of traditional education. Which begs the question, of course, of where he thinks most “scientific” and “psychological” research takes place, if academic settings aren’t all they’re cracked up to be. But I digress.)

“Scientific” minds do not mock alternative points of view.

“Science,” as a way of knowing, is all about remaining open to data— ESPECIALLY data that contradicts our preexisting point of view.

I can tell you as a stone cold certain FACT that there is NOT a one-size-fits-all approach to personal development that works for everybody.

In fact, I can tell you that there isn’t even an approach that works for MOST people.

Most everybody, in my experience, needs a specific combination of tools, techniques, philosophies, and supports in order to live their best lives.

It’s up to you, and to the life development professionals you work with and follow, to determine the particular blend of things that will allow YOU to get to the next level.

I think it’s telling that, often, when myopic gurus, guides, or mentors are confronted with evidence that their pet approach didn’t have quite the impact they’d promoted or intended, their go-to tactic is to figure out how you did it “wrong”…rather than figuring out if or how their program may have been a poor fit for your needs.

Some people, for example, respond well to a “tough love” approach. They respond when a therapist, guide, or mentor “calls them on their shit,” doesn’t let them make excuses, and is very vocal and even somewhat confrontational when they appear to be backsliding on their program.

Other people, by contrast, get triggered when a therapist tries to take a “tough love” approach. No matter how good the therapist’s intentions, being confrontational and blunt with these patients pushes buttons usually “installed” in the course of traumatic upbringing and relationships, and the client isn’t going to make much progress because they’re busy trying to not have an anxiety attack withe every meeting.

The fact that people respond differentially to a “tough love” approach doesn’t say anything of importance about the approach itself. Nor does it tell us anything about the inherent virtue or value of the people who respond to it (though proponents of “tough love” do seem to be more inclined to try shaming people into “benefiting” from the approach than is sometimes necessary, in my observation).

It just means that people are different, and respond to different things.

It wold be more convenient for some gurus if everybody responded to the same thing in the same way. It would negate the need for them to learn about the many types of personalities out there, each of whom have unique pressure points and motivational buttons.

But, sadly, approaching the personal development field with an appreciation for this type of complexity messes up their ability to sell seminars. So, you know.

My own field, clinical psychology, is not immune to this kind of myopia.

Clinical psychologists such as myself are often trained to work int he context of once weekly, fifty to sixty minute psychotherapy sessions— a model that is reinforced by insurance companies’ structures for payment. The fact that some patients may need more or different types of interventions than the once weekly fifty-minute session is something that my field has been slow to address…because psychology, too, would prefer that the world adapt to its preferences, not the other way around.

The fact is, you’re probably going to be MOST helped by a somewhat eclectic combination of things.

The right therapist, guru, mentor, or guide for YOU will support you in finding out what COMBINATION of things will work for you.

They won’t be precious or territorial about what is and isn’t on the table.

They won’t pretend that theirs is the only program backed by “science.”

And, more than anything: the right helper for you will be driven by RESULTS, not preexisting philosophy.