Maybe it’s not about you after all. 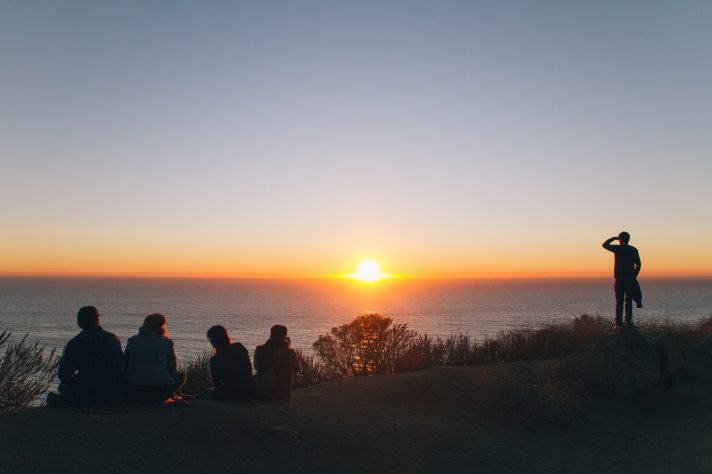 Most of the time, we’re overconcerned with how others treat us.

We tend to get very agitated when people treat us with disrespect, when they’re not nice to us, and when they reject us.

Make no mistake, I certainly prefer when other people are cool to me. I certainly hold being nice to and respectful toward other people as an important tent in my own moral and ethical code. I believe the world would be a much better place if everyone was awesome to each other, both in the big picture and on individual, daily levels.

But the fact is, the world is often not cool to us.

Even more uncool: people who, by rights, “should” be cool to us…often aren’t.

Even if we’re cool to them, people often aren’t as cool to us as they “should” be.

And this fact, for many people, is devastating.

Well, part of it has to do with evolutionary psychology. We evolved to value connection, because back in our cave person days, humans who were liked and valued by the other humans in our tribe stood a better chance of survival.

If winter came, and there wasn’t enough food for the whole tribe, the first cave people to be ejected out into the cold were those who didn’t get along with the rest of the group. Popularity and likability were directly tied to the opportunity to survive and reproduce back in the day.

Fast forward a few eons, and here we are, with these brains that come with deeply embedded programming that says if we’re not liked by the people around us, that poses a direct threat to our lives and futures, even if we’re no longer nomadic cave people hunting and gathering our way through life anymore.

Another aspect of our desire to be liked and treated well has to do with a common cognitive distortion called “should” thinking. The Rational Emotive Behavior therapist Albert Ellis used to call this, “shoulding all over ourselves.”

Human beings have a strongly developed sense of “fairness.” Robert Cialdini discusses this at length in his classic book about the principles of psychological influence. As it turns out, most people, in most cultures, experience the strong desire for “reciprocity”— the belief that people “should” return the attitude, approach, or favors bestowed on them by others.

Thus, if we’re cool to someone, and they’re not cool back to us, our “shoulds” kick in, and we get angry. Those people aren’t abiding by the social contract. They “should” treat us better— after all, we treated them well, right?

A third aspect of why we so strongly want to be liked and treated well by others has to do with the deeply ingrained sense of shame many of us were raised with. Many of us have grown up with programming that tells us we’ll be able to tell if we’re being “good enough” people by how others react and respond to us.

If people are not being cool to us, this old programming goes, it’s probably something we’re doing or not doing.

Whether it’s evolutionary psychology, “shoulding” all over ourselves, or shame programming that’s at work, the result is the same: we spend way more time than we need to thinking, ruminating, obsessing about how others treat us.

It’s nice when others treat us well. it’s perfectly reasonable for us, to the extent that we can, to construct a life that is populated mostly by people who do treat us well. People with healthy self-esteem go out of their way to try to cultivate networks of friends and colleagues who treat us with respect and kindness.

But when others don’t treat us well…it means exactly zero in terms of whether we’re “good people.”

When others don’t treat us well…it means exactly zero in terms of whether we’re “worthy.”

When others don’t treat us well…it means exactly zero in terms of whether we’re doing a good job, either in our careers or our lives.

Others don’t treat us well for a variety of reasons…most of which, as it turns out, have much to do with them, and often very little to do with us.

These reasons can range from their own past conditioning; to their own internal struggles; to their attempts to manipulate us; to their basic personality style. Most of which we have little to no influence over.

Understanding and accepting that our preference to be treated well by everyone we encounter is a vestige of our evolutionary psychology, our cognitive biases, and our past programming, can be EXTREMELY liberating.

Keeping others’ behavior toward us in perspective— realizing that most often its about them, not us— can be EXTREMELY liberating.

Accepting that people are sometimes going to be uncool toward us, and that doesn’t mean we don’t deserve kindness and respect…can be EXTREMELY liberating.

It might not be about you. And that’s okay.

3 thoughts on “Maybe it’s not about you after all.”