Start with what you can manage. I mean it. 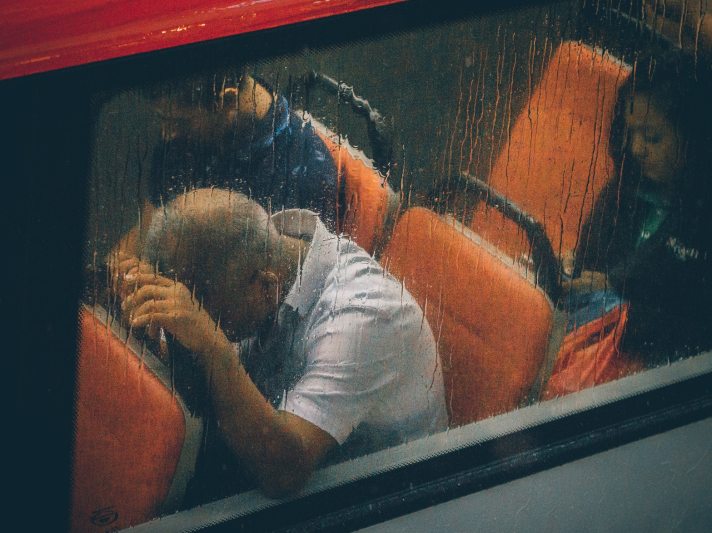 Focus on the interval of time you can wrap your brain around.

Many people get overwhelmed in therapy or personal development because they think of it as a process of dramatically transforming their entire life— forming new attitudes and habits that they’ll have to maintain from here on out, for years. And years. And years.

Your brain knows that sweeping changes are hard to maintain for long periods of time. And your brain is right: making a huge change and expecting that change to stick for the long haul, especially when we’re inexperienced with the change, is a tall order.

Imagining staying sober when your primary coping mechanism has been a habit or substance is overwhelming enough. People in recovery often have trouble imagining staying sober for another minute, let alone years into the future. The same holds true for anyone trying to make changes in well-established, over conditioned behavioral patterns.

Imagining keeping those uncomfortable changes up over a long period can be a discouraging, depressing thing.

The good news is, there’s no real reason to imaging keeping those changes up over the long haul.

There’s no reason to imagine NEVER having your substance again.

There’s no reason to imagine NEVER engaging in your self-defeating behavior again.

Can you realistically imagine not taking a drink for the next ten seconds? Then start there.

Can you realistically imagine using your day planner to plan out the next three hours? Then start there.

Can you realistically imagine exercising for ten minutes? Start there.

Can you realistically imagine going twenty minutes without cutting yourself? Then start there.

Can you realistically imagine going thirty minutes without killing yourself? Then start there.

Whatever interval of time seems realistic for you— even if it’s a period of seconds to minutes— then start there. Then when the next interval comes around, deal with that interval then.

Whereas your brain might balk at making certain changes “for the rest of your life,” it’ll usually make a deal with you to try something out for a specific, relatively shorter, manageable period of time.

Part of the skill of internal communication is learning how to deal with your brain when it’s developed certain habits and dependencies as a way to cope. Your brain didn’t evolve addictions and self-defeating habits just for the hell of it or to make you miserable. It developed those patterns to defend against uncomfortable feelings and memories. So when you ask it to give up those coping patterns, it gets scared and defensive…and you need to deal with that reality.

Asking a scared, defensive brain to give up its security blankets indefinitely is usually a recipe for frustration and relapse.

On the other hand, asking a scared, defensive brain to tentatively try out some new patterns— with compassion and empathy for what that brain is going through— is a more realistic, more doable approach.

Using specific time windows in which to experiment with new behaviors can often open the door to forming new habits in a way that is less overwhelming and more productive than trying to induce “shock and awe” in our nervous systems by making too many changes or incredibly dramatic changes all at once.

It’s odd, how often people think they need to make dramatic changes all at once. Our addictions, emotions, and habits didn’t develop all at once; it’s unreasonable to expect them to change all at once.

Recovery is a process of finding what works, minute by minute, and progressively making the kind of little changes we can realistically live with.

We need to trust that the little changes will all add up to significant changes over time.

And the best way to ensure that the little changes “stick” and add up to bigger changes is to make the changes little enough that we can imagine wrapping our brains around them without flipping out.

Just focus on the interval you can realistically imagine.

Let the next one take care of itself.

One thought on “Start with what you can manage. I mean it.”